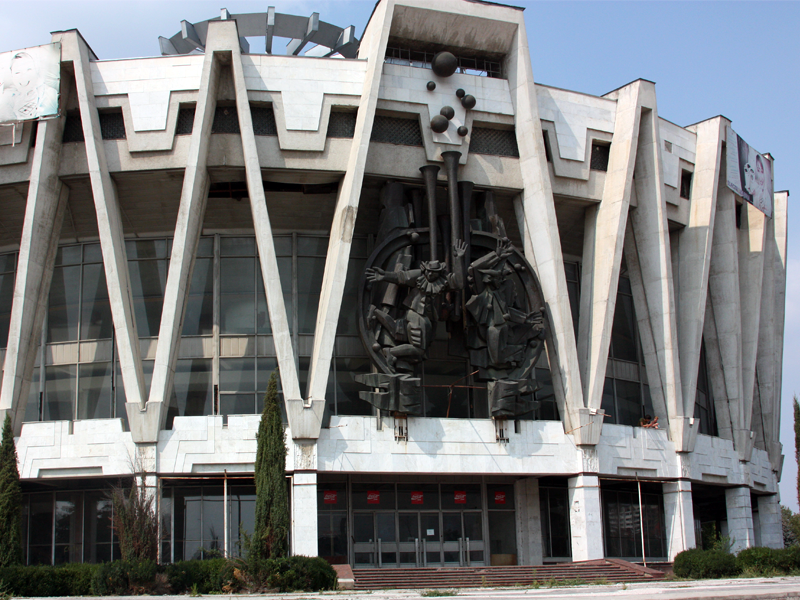 The circus ring is full of daredevil trapeze artists and wild lions, clumsy clowns and imposing elephants, intrepid tightrope walkers and supple horses, first-class jugglers and charismatic magicians. Children’s eyes are gleaming and fascinated adults are clapping their hands with enthusiasm. All that had been nothing more than dusty memories in Chisinau, until the German artist collective “Project: Synapses” brought the unique Circ to life again.

After having been inspired by some Moldovan friends, Georg Waldmann, student of visual communication at Bauhaus University Weimar, had the strong feeling to explore Moldova and its culture. Together with a handful fellow art students he launched Project: Synapses. “Our aim is to get under the surface of Moldova. We want to investigate the country and its people”, says the German student. For Waldman the key to success not only is the active participation of Moldovans in the project, but also the approach to work on a wide range of interacting disciplines such as cultural and media sciences, arts, media arts, graphic design, product design, photography, street art, video art and music. The preparations started in autumn 2007 and were anything else than easy. “We worked on a voluntary basis and it took an united effort to convince people of our exceptional project”, looks the German initiator back. Next to the financial support of the German Embassy, Oberliht, the association of young local artists, and the Moldovan Ministry of Culture helped wherever possible. The price for the rent of the Circus was a symbolic one. “When you consider the fact that this building was shut down five years ago and does not fulfil modern security standards, we are happy to be here.”

The Circ reopened its doors and for one month the clock was turned back in time. More than 30 artistic activists from Germany, Moldova and Italy held lectures, workshops and seminars, organised concerts, performed shows and used the enormous space for a lively exhibition of their work. Project: Synapses tried to open the “Dia:logue” between the Russian and Romanian speaking part of Moldova. The focus of this project was the present situation of the cultural aspect of language and its advantages, opportunities and conflicts within society. “To have two different languages, two different horizons in one country is a treasure. We were surprised that this issue was of hardly any interest to the locals.” Jacob Kaller, a professional circus pedagogue from Potsdam, however, summed up his activities as a full success. In his workshop “Introduction into artistic fire spectacles” countless enthusiastic young Moldovans learnt the basic of how to juggle with fire. “It is really fun to do this here. Tonight our show will be joined by two talented Moldovans.”

Nostalgia in the Circus

Chisinau’s Circ is the right place for the activities of the young artists. Waldmann seems still impressed as he has “never seen something like this before. When we arrived we found secret rooms, studios, trap doors, a lot of old – I’d better say antique – circus items and documents and two living bears in the circus.” The Circ opened its doors in 1982 and has just three equivalents worldwide. National and international circus ensembles used to entertain the audience until it closed five years ago. The Circ characterised a whole generation in Moldova. “It is fantastic to be here again. All my childhood memories are coming back. I love this place”, says Vlad, an obviously excited visitor. He has just one wish to Santa Claus, “I want our authorities to make this unique place work again. The Germans showed us how to do it.”

Dive into the world of the Circ in our gallery!