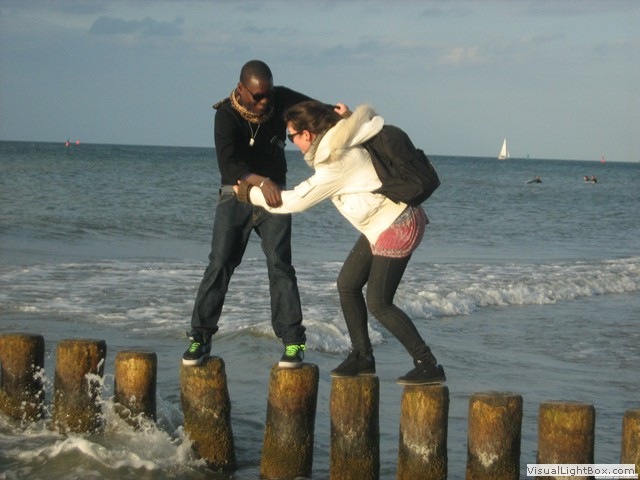 Moldovarious.com had a coffee and a nice chat with Vitalie Tichim who runs the NGO Intercultural Social Center (CSI). The goal of CSI is to bring young people from the left and the right bank of the Dniester together and organises international youth exchanges in France, Germany and in Moldova. Moldovarious.com shares the agenda of CSI and supports the project both morally and financially.

Moldovarious: Vasilii, what are the objectives of your NGO?

Vitalie: To help young people in Moldova in general, physical and cultural education. We believe in rehabilitation of the society of our young state, after the collapse of the Soviet Union, the integration of young people from the right and left banks of the Dniester. One of the main objectives of CSI is directed on integrating young people from Moldova that belong to different language groups.

Moldovarious: Can you tell us more about your current projects?

Moldovarious: What are the specifics of your work?

Vitalie: Due to the specific economic and socio-political situation in Moldova, social non-governmental youth organisations have to rely exclusively on their own strength and organisational capacity. The challenge is to run a large, international project with a minimum of resources.

Moldovarious: What are your dreams for the future?

Vitalie: My dream is to create the most productive and comfortable cooperation with youth of the European Union. To create a unique and specific project that would be interesting to study and copy by European non-governmental organisations and society at large. We want to prove that Moldova can and deserves to be a full member of the European family. We tend to find a name that would be associated with a high-quality, honest and useful work for modern society.

We already have a project that deserves special attention: the open summer seminar KVN school in Crimea. This is a unique combination of physical, intellectual and moral aspects in a team building game. This summer, the project participants were looking forward to mastering classes on humour and KVN, adventure trips in the reserve zone of the national park of Yalta, climbing the Mount Roman-Kosh, collective heats up the twin-rocks Adalary, and of course the incredible beauty of the sea of the southern coast of Crimea. Everything goes under the banner of humour on a makeshift stage on the beach on the seafront of Yalta, in the dining room and at the disco.

Moldovarious: Where do you see the differences between young people in Moldova, France and Germany?

Vitalie: The conditions of young people in Moldova gradually worsens. This is caused by the state’s economic problems. According to surveys, the most impressive youth problems refer to: unemployment, high prices, a low income, uncertainty about the future, high crime in society, health problems, access to education and its quality In terms of finding a job or housing, young people in France also face difficulties. The difference is that in France young people are better protected by the state, as a result they can travel or study longer Youth in Germany is as well protected by the state. We learnt that in comparison to the Republic of Moldova, young people in Germany alos often face problems that are mostly related to discrimination based on gender, ethnicity, religion and cultural differences of young immigrants or refugees. This problem also partially occurs in France.

Moldovarious: When and where do the youngsters meet the next time?

Vitalie: In the frame of this project, the next and last meeting will take place in Moldova in 2012. This time, the youth of Moldova will try to show the participants from Germany and France cultural and national characteristics of Moldova.

Moldovarious: Thanks a lot for the interview!

Find out more on the website of the NGO CSI. Moldovarious.com will keep our readers updated about the project.