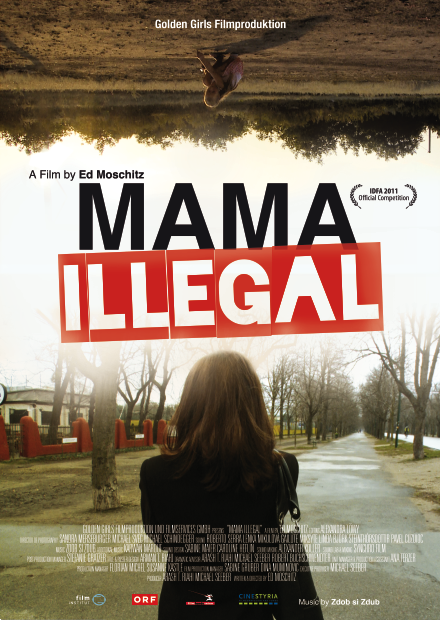 Going to the One World in Brussels Film Festival is not just about seeing movies! One World in Brussels hosts a variety of Panel Discussions that are lively and interesting. The International Human Rights Film Festival provides an important opportunity for documentary films to be seen by a number of policy makers and power brokers that are in a position to help bring about change. It is also a chance for film lovers, students and engaged citizens to be inspired by the powerful stories of individuals and societies fighting for a more just world. One of the movies presented at the Film Festival was “Mama Illegal”, a documentary about three Moldovan Women who seek work and happiness in Italy and Austria. More than 250 people found their way to the Goethe Institute in Brussels. The screening of the breathtaking documentary was followed by a lively discussion with the director of the movie Ed Moschitz, Victoria Pirker from Human Rights Without Frontiers and Patrick Griesser, editor of Moldovarious.

Established in 1999 by Czech NGO People in Need, One World is today the largest and one of the most important human rights film festivals in the world. One World in Brussels presented 20 of the best documentaries from the 13th edition of One World in Prague. One World in Brussels (17 – 26 May 2011) is held under the auspices of Jerzy Buzek, the President of the European Parliament, Václav Havel, the former President of the Czech Republic and Ambassador Milena Vicenová, the Permanent Representative of the Czech Rep to the Eurpean Union. The festival is organised by People in Need, in collaboration with the Permanent Representation of the Czech Republic to the EU, the Czech Centre, the Bozar Centre for Fine Arts, the Human Rights and Democracy Network, the permanent Representation of the Republic of Poland to the EU, the Goethe Institute and the European Parliament, and in and in partnership with Movies that Matter, Festival des Libertés and Watch Docs.

The documentary Mama Illegal tells the story of three women who seek work and happiness in Austria and Italy. Hired as cleaners, they dream of a better life and worry about being deported back to their homeland, while the children they left behind are raised by distant relatives. As a result, an entire generation of modern-day economic orphans is growing up in Moldovan villages. Moreover, as the film shows, some women are frequently willing to accept the complete alienation of their children for the sake of a better life in Western Europe. The soundtrack for the film, which excellently illustrates the causes and effects of economic migration, features music by the popular Moldovan group Zdob si Zdub.

According to many people who took part at the Film Festival it is no wonder that “Mama Illegal” has been selected the winning film of One World Brussels 2012!

You can see some Impressions of the screening and the discussion at the Goethe Institute in Brussels here.