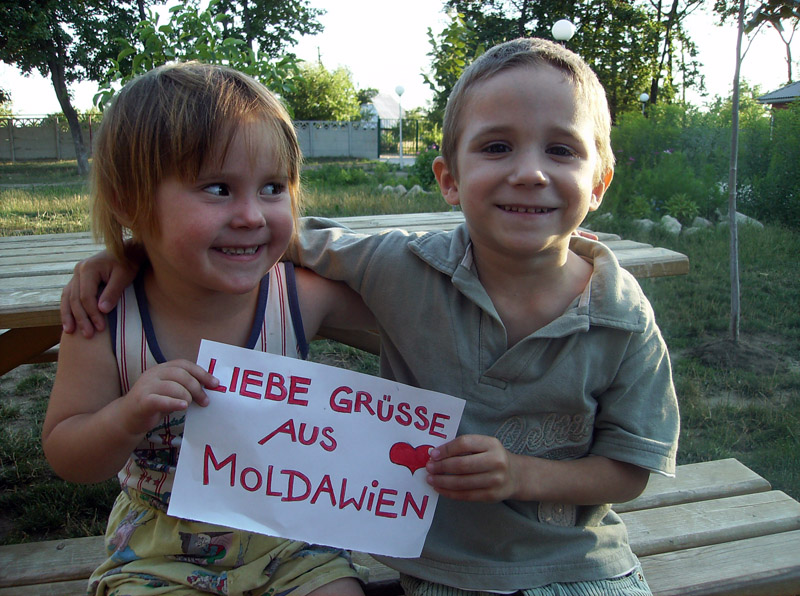 Father Georg Sporschill has a mission. Since 1991 the devout Jesuit looks after children of the streets. His social project Concordia founded the “City of the Children” in the Republic of Moldova four years ago.

A paradise for children

The City of the Children is the home for 300 needy children. Father Sporschill and his project Concordia found the ideal conditions for their plans in Pirita, a small village in the north of the country. With the financial aid of the Moldovan government, Austrian companies and private sponsors, a fallow children’s village had been renovated for three years. Next to innumerable homes, there is a kindergarten, a school, a hospital, a sports hall and a soup kitchen. Teenagers learn mechanical skills in training workshops. “With the City of the Children we developed a model for social centres in Moldova,” explains Father Sporschill. Today Concordia runs 15 social centres with soup kitchens all over the country.

Hard life in the countryside

Life can’t be more diverse than in the Republic of Moldova. Whereas the capital city Chisinau undergoes an economic boom, the situation in the countryside is precarious. One fourth of the population, roughly 1 million people, left the country. The Moldovans living abroad work in Russia, Italy, Greece, Turkey or Cyprus. Due to an illegal residence status, often Moldovans have to do ill-paid jobs. Old people and children are left behind in the villages. Some parts of the country are nearly deserted. There are hardly any vacancies; the salaries of 100 euros are low. In the rural areas of the south life is extremely difficult. “There are no future perspectives for children. These are unbearable conditions for a country so close to the EU,” gets Sporschill excited.

The Father full of energy

After 16 years of intensive work with needy children, the bearer of a badge of honour for humanitarian merits still sets his sight high. A social centre in Sofia, the capital of Bulgaria, is under construction. “Hopefully we are successful everywhere in sensitizing people for social issues,” is the Austrian optimistic. He needs young people with heart and initiative and wants to train them as social employers. Step by step he wants to pass on his duties, which fulfilled his own life. “As long as there are children on the streets, I’ll be discontent,” so the 62-year-old Father. There is no normal day in the life of the Jesuit. Day by day he finds himself in “the ordinary madness”. Important hours with the children, contact to his friends, long phone calls and the work in his office are central points of his life. Father Sporschill has no problems to motivate himself because, “needy people mobilize my best vigours.”