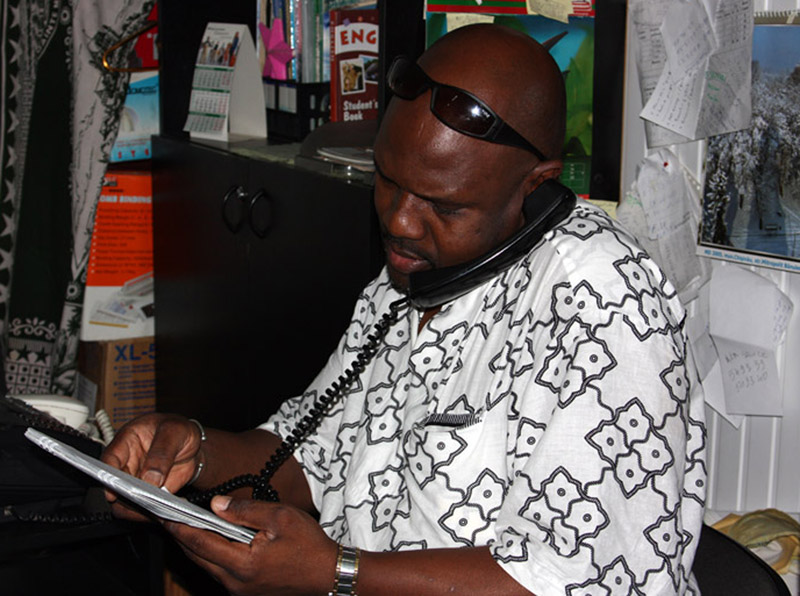 It is a clear and warm summer day in a small park, not far from Chisinau. The children are playing near a small lake, the women are cutting fresh tomatoes and cucumbers, the men lit a fire and are preparing chicken wings and mici, the Moldovan version of cevapcici. This is not an ordinary barbecue, though.

The African community in Moldova went on their yearly summer trip to the countryside. Among the 30 participants there is Salifou from Burkina Faso, who is the director of the Charity Centre for Refugees in Chisinau, Amir Bechir, the smart Sudanese businessman, Daurianne, the young student from Kongo and Dr. Keita Abdramane, the organiser of the day out.

A Malian in Chisinau

Dr. Abdramane was a student when he came to Chisinau 20 years ago. It was quite common in the Soviet era that African students got a scholarship in one of Moldovan’s statal universities. In fact, it was not his intention to stay in this small eastern European country for the rest of his life. Two children and a Moldovan lady made him change his mind. He graduated at the Universitatea Agrară de Stat din Moldova and now is the chairman of the Fatima organization. Fatima was founded by Moldovans and Africans and started its work in 1999. „Some Africans left the country after their studies, leaving behind a Moldovan wife and children. The aim of our organisation then was to help these marginalised children,” so Abdramane. The Fatima organisation offered leisure time activities for abandoned children and psychological assistance for the women. The Malian and his active friends had to look after up to 80 children.

Today the Fatima organisation offers social, humanitarian and psychological help and tries to fully integrate needy children into society. The Fatima office and training centre is situated in Rîşcani, in the north of Chisinau. The courses range from computer lessons to integrative workshops „Now we work with 25 children, but I want all children to have an intact family and a better life”, is Abdramane optimistic for the future. The name Fatima derives from an African girl who needed assistance when she was young. Now she is studying abroad successfully. Some Africans have left the country, others will follow. „As soon as I have finished my studies, I am going to leave Moldova,” says Daurianne after having stayed more than four years in the country. It is most likely that next year there will be even less people at the summer barbecue of the African community in Moldova.