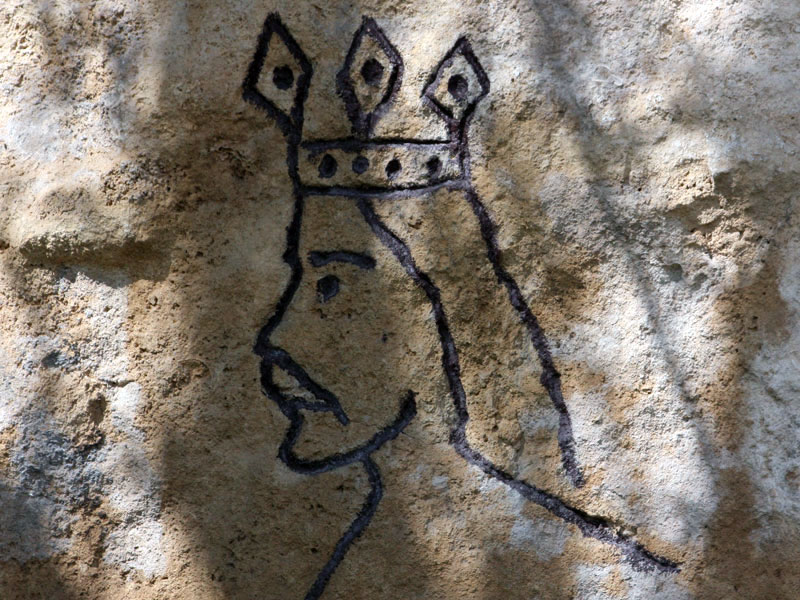 The main street in Moldova’s capital Chisinau is called Bulevardul Ştefan cel Mare şi Sfînt. All central attractions like the opera, theatres, pubs and shops are situated on it and at the very end you can find the monument of Ştefan cel Mare, one of many in Moldova. Furthermore you can find his portrait on the Moldovan leu banknote and there are a lot of of High-Schools and Colleges called after him. A good reason to take a closer look on this romantic character who became a national hero…

Looking back in Moldovan history, it is precisely the age of Stephen the Great that lots of the Moldovans perceive as a unique period full of glory and all the trappings of a mythical Golden Age. With the support of the Prince of Wallachia, Vlad Ţepeş, also a legendary figure better known as Dracula, he became Voivode of Moldavia (a geographic and histroic region between the eastern Carphatians and the Dniester River) between 1457 and 1504. Stephen is the most prominent representative of the House of Muşat, his father Bogdan II had ruled Moldavia for two years before being killed in a stealthy raid led by Stephen’s uncle, Petru Aron. During his reign, Ştefan cel Mare strengthened Moldavia and maintained its independence against the ambitions of Hungary, Poland, and the Ottoman Empire, which all sought to conquer the land. He was a great military and political leader and achieved fame for his long resistance against the Ottomans. He was victorious in 46 of his 48 battles, and was one of the first to gain a decisive victory over the Ottomans at the Battle of Vaslui.

Stephen was a man of religion – according to the legend he managed to built up monasteries and churches after each victorious battle. A lot of these monuments and monasteries survieved the centuries and were inscribed on the World Heritage List in 1993. His long reign brought considerable cultural development, he strengthened the institutions of the Moldavian state and examined the economic situation of that time. In his late years, Ştefan cel Mare dealt successfully with a Polish invasion, defeating the Poles at the Battle of the Cosmin Forest. Stephen died in Suceava, and is buried in the Monastery of Putna but his myths is even nowadays more than alive. His extraordinary personality represented the culminating point of the Moldavian medieval state and civilization. Ştefan cel Mare will always be remembered as the principal ruler of Romanian past, Orthodox saint, romantic character and national hero – the Romanian as archetype.

In more recent history, howerer, the Moldovan hero was cherished in different ways. The fact that a lot see him as “the greatest Romanian of all times” made him to a symbol of the pro-romanian movement in the late 80s. The main boulevard in Chisinau, the Capital of Moldova, is today called Bulevardul Ştefan cel Mare şi Sfînt, formerly the street was known as Lenin Street. But hand in hand with the creation of an own Moldovan identity in the 90s, also the image of Ştefan cel Mare changed. Without any doubt Ştefan cel Mare today is the national hero and a important symbol of Moldova. On national holidays flowers are put down in front of his monument and even newly-weds seal their love with a kiss under the testifying eyes of Ştefan cel Mare.

Klick here to get further acqainted with the legend!