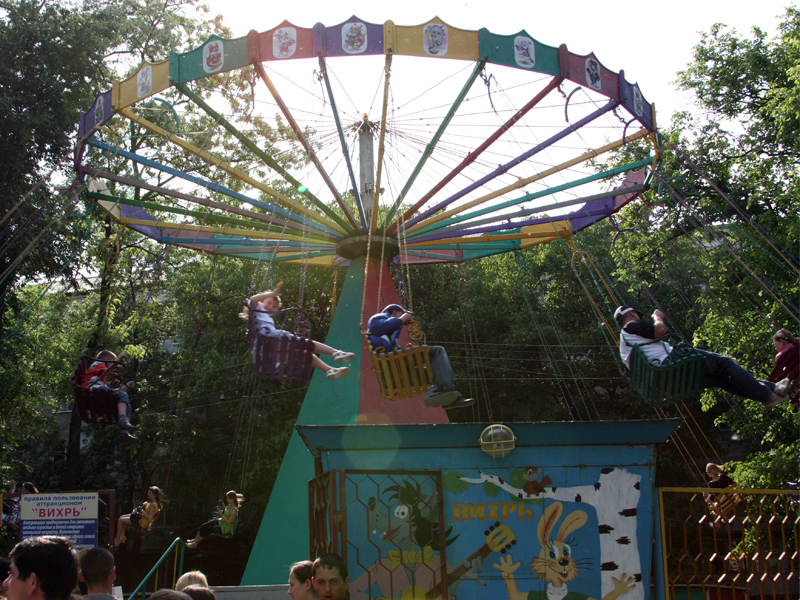 „Precious oldtimer cars, colourful traditional costumes, a massive parade of thousands of people, party on the streets, concerts on the big and small stages throughout the whole day and night. This is not the carneval in Rio, this is the Balti day”, was the announcement for the live transmission of Publik TV for the city holiday in Bălţi. Moldovarious.com could not resist and with our camera onboard we drove up the (in)famous betonka to Balti to see how the locals celebrate Hramul Sf. Nicolae, their most important day in the year.

After checking in at the lovely Hotel Balti on the main square Moldovarious tested one of the countless street barbecues: we got served a delicious and juicy shashlik with coleslaw and of course some of the local refreshing beers. This is what we call a round start into the Balti day. The buzz of the oldtimers caught our attention and off we kicked to the start of the Balti day with dozens of exquisite oldtimers leading the parade. However, next to a whole lot of precious cars, there were others that seemed to have survived 20 years of Moldovan potholes and still to be in regular use. A colourful parade of all official organisations, parties, sports clubs and others of Balti followed. The mayor gave his sanctus and the 22nd Balti days were officially opened.

For a couple of hours we lost ourselves at the traditional stands from Balti city, the countryside and even from all other parts of Moldova. Unluckily we missed the chance to buy an original pan flute and a stylish traditional costume, as we moved on to the fun fair of Balti. The fun fair is situated in a small park in the middle of Balti and it is even more colourful than the parade was. Even though the big wheel and all other attractions looked a bit scary to our eyes we survived this experience without any severe injuries. Due to this exciting adventures at the fun fair we needed to relax and headed to the big Balti lake where we could chill in the afternoon sun for a couple of hours.

The big showdown followed in the evening. On the main square with the only pedestrian zone in Moldova more than 20.000 enthusiastic locals cheered on Zdob si Zdub, that are kind of the national heroes. It was an amazing concert with thrilling atmosphere on a lukewarm spring evening. But it was too short and we wanted to see some more of Balti nightlife. In the cultural house we found a well hidden disco. Nevertheless this small and packed venue seemed surprisingly to be one of the top addresses in Moldova: DJ and MC were freaking out together with a violin player on stage, the whole disco was vibrating like a huge heart and the midnight show topped each expectations. What a great night in Balti! Whenever you have the chance to go to the second biggest city of Moldova, then expect the unexpected and do not forget to fasten your seat Balti.

For snaphots from the Balti day klick here!