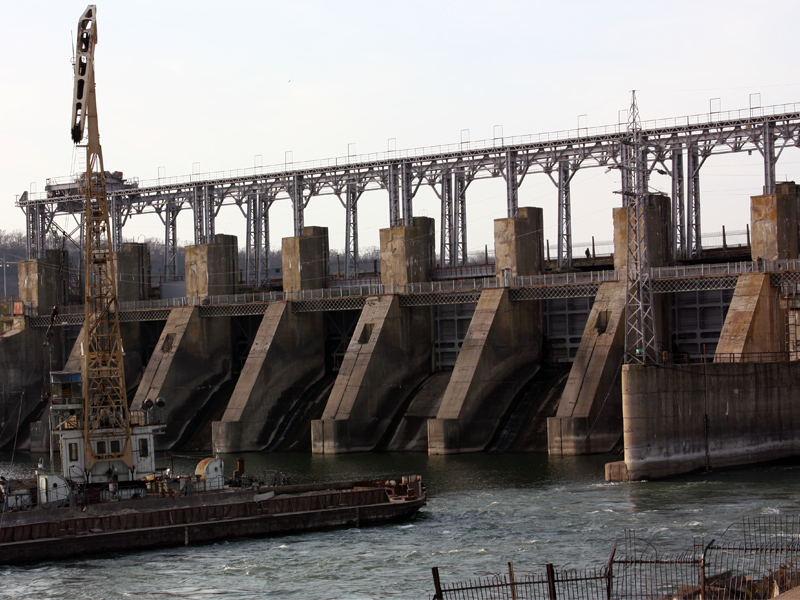 Dubăsari, situated at the left bank of the Dniester, has its positive connotation due to the biggest hydroelectric power station far and wide. It was back in Soviet times during the Krushchev era when the Dubasari dam with a huge water reservoir was constructed. Today the Dubassarskaja GES, so the full Russian name, not only provides the PMR but also parts of the Republic of Moldova with electricity.

Thanks to the dam and the swallow waters at the other side of the power station, the most beautiful riverside with kilomtres of sandy beaches along the Dniester are to be found in Dubasari. During the hot and dry summers thousands and thousands of sun worshippers enjoy a refreshing bath at the Dubasari beach.

The biggest Jewish cemetary of Pridnestrovje is situated in the downtown of Dubasari. In 1930 next to Chisinau, Balti, Bender, Orhei and Edinet, Dubasari was one of the then Bessarabian cities with the highest percentage of Jewish population. Today only a handful Jews live in the city. The three biggest ethnic groups are Moldovans, Ukrainians and Russians in nearly equal proportion with a total population of 23 000.

The name Dubăsari, ethymologically Romanian, is the archaic plural form of “boatmen”. Dubasari is a small industrial town but well-know for its wine, too. Due to its hilly surrounding and its perfect microclimatical conditions the best house wines of the left and the right bank are produced in Dubasari. That is what Moldovans and Transnistrians say at least…