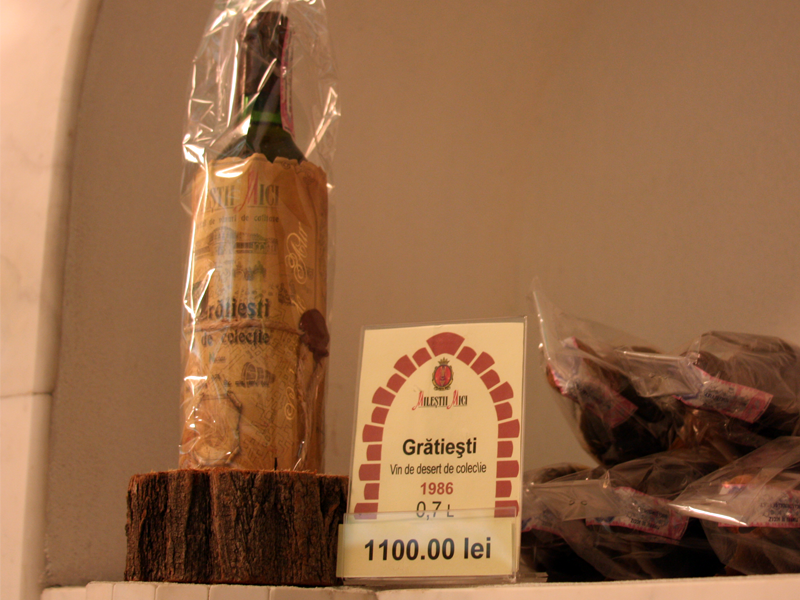 The latest export rates show that Moldovan wines are on a successful run worldwide. The total export volume nearly doubled from 62 million dollars to 113 million dollars. This recent statistic, released by the Agro-Industrial Agency Mold-Vin, includes wines, sparkling wines and brandies. Interestingly, 90 per cent of the precious Moldovan wines are produced for the foreign market.

The CIS states are the main export countries. with a total of 85 per cent. The unchallenged market leader is Russia with the acqisition of 40 per cent of the alcoholic drinks exported to the CIS. 11 per cent are exported into EU countries. Even though Poland and Romania have the highest import rates of the EU, surprisingly France seems to have fallen in love with Moldovan wines. They increased their import by unbelievably 68 times according to the same period last year. The other 1,5 per cent are delivered to countries all over the world mostly, China and the US.

Wine trade in Moldova has a century-old tradition, although its history is turbulent. Old documents show that Moldovan wine was sent to Poland and Moscow starting from the 14th century. Under the reign of Stefan cel Mare in the 15th century, Moldovan’s wine industry reached its first peak. When Moldova came under Ottoman control, due to the strict religious laws the wine cultivation came to a total breakdown. At the beginning of the 19th century, when Moldova was taken over by Russian tsarists, wine growing restarted and became an important economic factor. Within no time, 50 per cent of the Russian wine was produced in Moldova. In 1900 two thirds of the total production was exported to Europena countries including France. During the Soviet era, the Moldovan viticulture reached its climax, becoming the most important wine producer for the whole USSR.

After Moldova’s declaration of independence in 1991, Russia remained the biggest market, acquiring up to 90 per cent of Moldovan wine. The Moldovan wine industry found itself in big crises, when Russia started the so called wine war in 2006, stopping the import of Moldovan wines. Due to the end of this ban in 2007 and the increased trade relations with the EU countries, the future prospects for the Moldovan viticulture is more than positive.