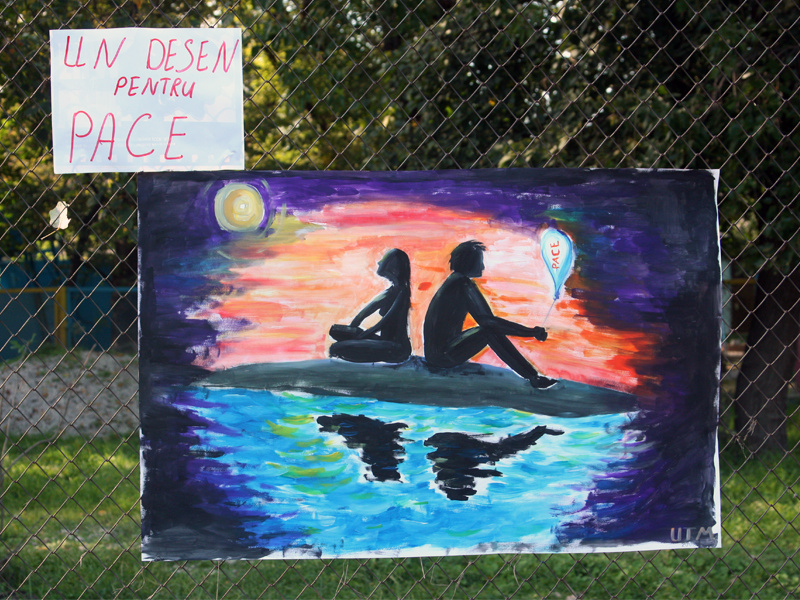 Woodstock, United States, 1969: 500.000 young Americans celebrate an ever memorable three-day rock festival. And they shout out a message to the whole word: PEACE! It is the time of the Vietnam war, the sexual revolution and the Hippies. “Make love not war”, is one of the most powerful slogans of this rock festival with cult status. In October 2008 the spirit of Woodstock came to Vadul lui Voda, Moldova.

“Music has the magic power to bring people from different cultural backgrounds together and it is an important instrument to promote vital ideas such as the message of peace,” is Oleg Negru, the organiser of the 3rd edition of Vadul lui Woodstock, convinced. More than 30 rock bands from the left bank and the right bank of the Dniestr sing for a peaceful future full of tolerance and respect. The setting Vadul lui Voda is well chosen, as the idyllic wellness resort is situated right at the Dniestr River. The nearby bridge seems to symbolise the road to a unified Moldova.

Chair, a Gagauzian folk, fusion and rock band, livens the young and enthusiastic crowd up. For Mihael, the singer from Ceadir Lunga, it is a pleasure to perform here at the Woodstock festival, “This is just about the message of peace, thus we play for free.” Leonid, the bass guitarist, dreams of a peaceful future in his country. He gives the good example, “I have a Moldovan passport, speak Gagauzian and dream in Russian.” Satori are the first highlight of the second day of the festival. They impress the guests with moving beats, an overwhelming fireshow and a mystical dance performance.

Tepes, the middle-aged rockers from Chisinau, know how to freak the several hundred party animals out. Their music is loud, wicked and old-school. That’s the way the young rockers like it. The headliner of Woodstock 2008 is the Romanian band Turda. The hardcore metalers are from Cluj-Napoca, 600 kilometres away. The half Romanian, half Hungarian band adores the spirit of the Moldovan festival. „We are antiracists and get on with all the people of the world,” says Fotzey, the band leader.

This year’s Vadul lui Voda Woodstock festival was devoted to a peaceful coexistence. Young people from all over Moldova talked, danced and partied together and showed that a common future is possible. Peace, tolerance and respect were the values upheld by all the participants. By all of them? Unfortunately not! One of the countless policemen in gear and civil “welcomed” a member of Turda with the words, „Get out of this country and go home to Romania!” Well, moldovarious.com hopes that there will be a lot more Woodstock festivals, until the messages of peace, respect and tolerance are understood even by the biggest ignorants.