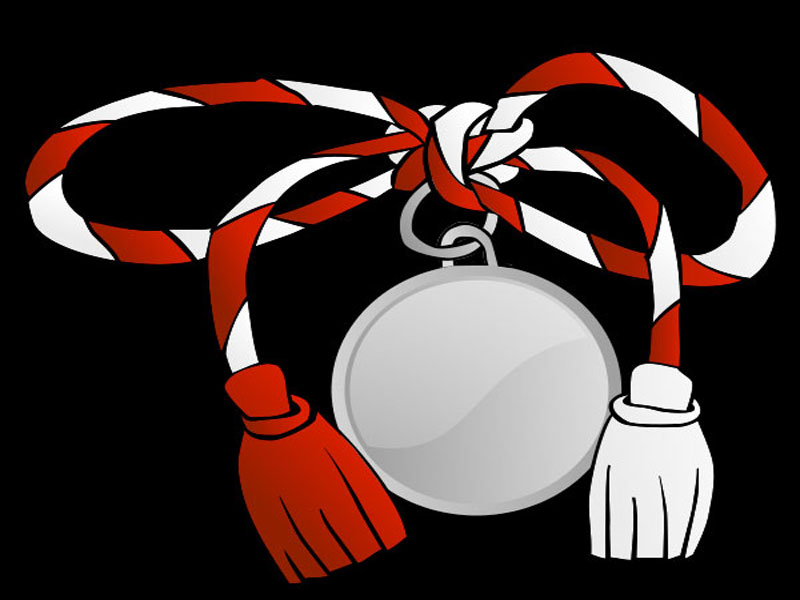 When we come to a new country, we tend to look beyond the thin glossy veil that the globalisation throws on the world, to discover and to explore, to understand the heart of the land and of the people that inhabits it. We look for the uncommon, for the specific, for the intrinsic. And the spirit of a people is easy to understand if you journey to the mysterious world of its myths and legends.

The mythic characters, their adventures woven into splendid tales and ballads by the unknown narrators of ages past, the aspirations and dreams of an entire people preserved in the collective memory, the philosophic ideas hidden behind the plots and stories – all this is rich material for researchers and an object of interest for travelers and for the curious.

Although the myths are only palely reflected in the contemporary life, they still create some kind of a temporal and spatial aura that describes, by simple, easy-to-understand symbols, an entire collective existence. For instance, the English spirit wouldn’t be the same without King Arthur and his Knights of the Round Table, or Stonehenge, the Germans would be harder to understand without the Niebelungen and the lovely Lorelei, the path to the Indian soul is paved by Mahabharata and Ramayana, and the legends of Prince Igor and Ruslan describe the Russian cultural canvas. So is Moldova – maybe the landmarks of the Moldovan cultural heritage are not so well known in the universal context, but they are nevertheless worthy of attention due to their beauty, colourfulness, and diversity.

Moldova is a wonderland for all who like to explore and appreciate the variegated folkloric landscape. The fairy tales, the songs, the dances, the anecdotes, the customs – there is a broad variety of genres that describe the identity of Moldovan people. In March you will hardly see anybody in the streets without a Mărţişor – a tiny red-and-white lace ornament pinned to the left lapel – and this tradition is based on a marvelous legend of times long past. You will easily find nicknames like Fet-Frumos and Laur-Balaur in the cyberspace, in chatrooms and forums of the .md domain – and these are characters of fairy tales. Ethnic dances are still danced at weddings, christening parties, and even in clubs, mixed with drum-and-bass samples.

Many friends of mine, natives of the former USSR, told me that the Moldovan fairy tales were the most beautiful tales they’ve ever read, mainly due to complicated storylines with unexpected turns and surprises. The hero (usually Fet-Frumos, a handsome young man of royal heritage) proceeds upon difficult quests in order to save his beloved (Ilyana-Kosynzyana, a gorgeous lady, often endowed with magic powers) from the enemies that hold her imprisoned, or to help friends out of difficult spots, or to free the sun that was stolen from the skies by a dragon… Aside from the main characters, there are many other colorful personages – Pakala, a comical character, a sly and mischievous man famous for his practical jokes; Laur-Balaur, a fearful dragon who dwells in a black castle in the heart of a black forest, and causes as many trouble as he can; Baba-Hyrka, a rather disgusting crook-nosed old woman, who schemes against the heroes and often features as a turncoat and traitor; Saint Sunday, another old lady, but a kind one, who helps the good ones and punishes the bad ones; and many other characters, like talking trees and animals, magic horses, midgets, fairies, demons… Still, no matter what the heroes’ adventures are, the idea at the basis of the story is always the same – the triumph of the Good over the Evil, of the Light over the Darkness. Of course, we see the same in most of the Hollywood movies, but the roots of the principal antagonism of life lie within the folkloric creation.

A funeral as a wedding

As for the myths, there are four fundamental myths specific for the cultural space of Moldova and Romania. (A note is in order here: the Moldovan and the Romanian peoples have the same roots, the same ancestors – Romans and north-eastern Thracians known to the historians as Dacians – and they speak the same language. Naturally, the folklore is common for both nations as well). The myth of Mioritsa is an allegory of death, describing the metaphysical representations of the world beyond. Mioritsa was a talking sheep who predicted the death of her master and told him that his two fellow shepherds were plotting to murder him and to take possession of his flock, as his sheep were bigger and fatter, his sheepdogs were braver and smarter, and his horses were faster and better trained. The magic sheep begs her master to flee for his life, but he only asks her not to tell her fellow sheep that he was murdered, but to tell them that he got married – thus, the death is allegorised by being substituted for a wedding of cosmic proportions. The shepherd describes his funeral-aka-wedding as a majestic ceremony hosted by the Sun, the Moon, and the stars, and attended by the trees, the mountains, the birds… The verse “at my wedding a star has fallen” is a metaphor, meaning that a human being is gone. The magic sheep becomes the executor of her master’s will, but the ballad has no ending, leaving room for interpretations. We never know whether the shepherd died or remained alive. The shepherding theme is not a random choice of the unknown narrator – it was one of the basic occupations of the Moldovan/Romanian people at the dawn of civilisation. This myth gave birth to a national tradition that is respected till presently: when a young unmarried man or woman dies, their funeral is arranged as a wedding, but, of course, with mourning instead of celebration.

The myth of Traian and Dokia represents, although quite paradoxically, the birth of the nation, the amalgamation of two peoples – the Romans and the Dacians. Traian the Roman Emperor, a real historic character, the conqueror of the Dacian territories, has allegedly fallen in love with Dokia, the Dacian king’s daughter. As the war was lost, her father has committed suicide, so that he wouldn’t be taken to Rome as a prisoner, that is why Dokia could never love the Roman emperor who caused her father’s death. The emperor chased her through the forest to the Ceahlau Mountain (presently on the territory of Romania), where he finally caught her. But Dokia prayed to the Holy Virgin to save her, and as Traian reached out to hug the girl, she transformed into a stone statue. The Christian element of the legend is perfectly justified, as the doctrine of Christ was brought to our people by none other but the Apostle Andrew (according to Eusebius, a historian of the Antiquity).

There is another version of Dokia’s myth (although I personally like the first one as it is more romantic). In the early days of spring a woman took her sheep to graze, but as the sun shone brighter, she took off her nine coats one by one. But then, the sun hid beneath the clouds, and it got very cold, so cold that the woman froze and became a stone statue (it’s quite weird how she transformed in stone because of the cold, but that’s what the legend says). Since then, and till presently, the first days of March, when snow and cold are intermingled with sunshine and warmth, and you never know what to think of the weather (and what to wear), are called Dokia’s days.