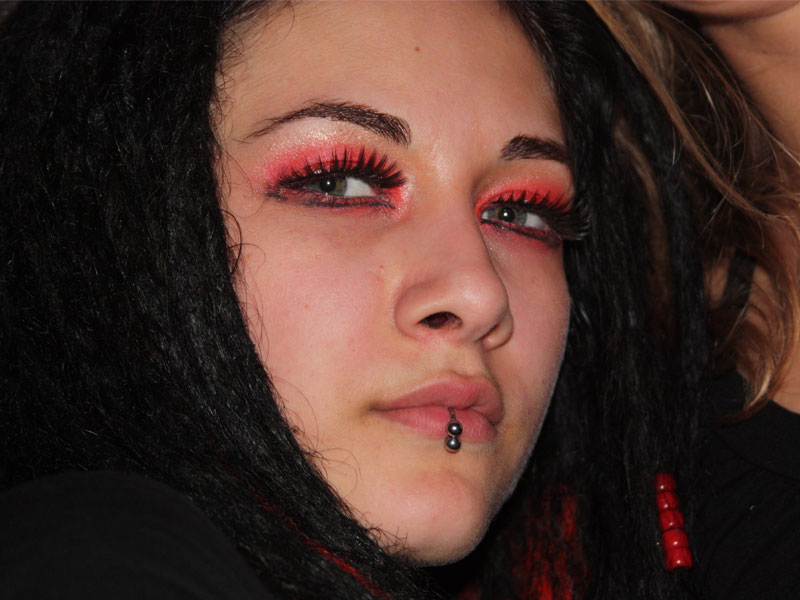 Moldova’s Hard Rock and Heavy Metal scene was at its peak in the 90s. Today, a lot of newcomer bands scream and shout for a rock revival. The two lead singers Lena Cataraga and Olga Buionovskaia are amongst the new courageous and motivated generation of Chisinau’s rockers. Lena is the voice and composer of “Infected Rain”, a band that describes itself as a combination of female scream, hard riffs and individual style. Olga performs in three rock bands: as a lead singer in “Bionic Art”, in the well-established bands “Uje Utro” and “Mate” she is the back vocalist. Moldovarious.com met both girls after their rehearsals and got to know more about Black Elephant, Nashe Radio and the relation between Drum & Bass and Rock Music.

You can’t make a living

Uje Utro has a sponsor

No more place to rock today

I am out of the norm

Live on stage in Romania

Due to a lack of a proper Hard Rock Café at the moment, Chisinau’s rock concert organisers have to be very flexible and inventive. The editors of the Internet platform Metal.md organise regular concerts in different location all over the city. The Romanian event manager Richard Constandinidi sees a great potential in Moldova’s rock scene. He annually organises the “Live No Lies”-Festival and hopes that in a couple of years it will be the biggest festival east of Sziget. Moldovarious.com banged their heads at a international rock concerts in the Disco GL organised by Metal.md and at the second edition of the “Live No Lies”-Festival in Chisinau’s Filarmonica. (Stage-)Dive into Moldova’s rock scene by clicking here!