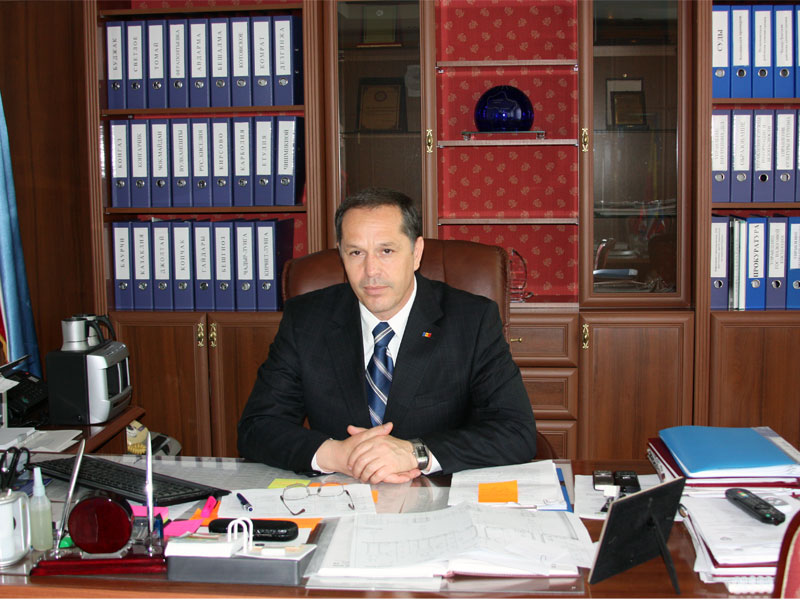 Gagauzians have their own government, their own administration, their own university and with Gagauzian their own language. The highest political representative is called Başkan and sits in the capital Comrat. Moldovarious.com visited Başkan Dr. Mihail Formuzal during his public office hours and got to know more about their history, their ambitions in tourism and his opinion about the EU.

Moldovarious.com: There are 25 different theories about the origin of Gagauzians. We read about orthodox Turks or Bulgarians speaking a Turkic language. Who are you Gagauzians really?

Başkan Dr. Mihail Formuzal: Once a poet wrote about us that we were a small mysterious people. He was right. We speak a Turkic language but we are Christians. According to the historians we are neither Turks, nor Bulgarians, nor Greeks, but we are simply Gagauzians. Thanks to our ancestors, an antique Turkic tribe, our wonderful language, our rich culture and our unique tradition have been preserved over centuries.

Hardly anything is known about Gagauzia. What can you tell us about your region?

Gagauzia has 155.000 inhabitants, who live in 26 communes; four of them are towns. The Gagauzians are the biggest ethnic group with 86 per cent of the population. In our autonomous territorial unit, there also live Moldovans, Bulgarians, Russians, Ukrainians, Belorussians and Polish people. More than 200 years ago the Russian tsars called us to settle the step of Budjak. Until today all different peoples lived harmonically together. We never had any interethnic conflicts.

The conflict in Gagauzia was solved, unlike the Transnistrian one, in a peaceful way. This example is internationally recognised as model in conflict solutions. So far the theory…

Officially we received our autonomous status on 23rd of December in 1994. Thanks to the solidarity of all Gagauzians, the support of Suleiman Demirel, the ninth Turkish president and the goodwill of Mircea Snegur, the former Moldovan president, we succeeded to do so. Thus, in Europe Snegur was seen as the political “man of the year”. The autonomous status of Gagauzia was enshrined in the constitution and the law of our autonomy was adopted. In reality, this law still does not work well today. To improve our situation and modernise Gagauzia we definitely need this law to work out perfectly.

You won the elections with a wide-ranging programme in 2006. What is your personal analysis after three years?

Our team won the elections with the programme “11 steps towards our people. The electors themselves wrote the programme. Beforehand we sent questionnaires about the needs of our people and the strategies to strengthen our autonomy to all Gagauzians. We can just speak of a successful work, when we have completed all 11 steps. There is still a long way to go though. So far we have not only reduced our debts massively, but we have also implemented many social projects. If Chisinau had helped us, our autonomy would have been a role model. Unfortunately we did not receive this help.

Your language is Gagauzian, Russian is spoken on the streets, but not even 10 per cent of the population know Moldovan, the official language. We would call this a language conflict.

According to the Gagauzian law, there are three official languages: Gagauzian, Russian and Moldovan. We, Gagauzians, are very tolerant. It is not important what language a person speaks, but what he or she says. Pupils learn all three languages at school and know them perfectly after there final exams. We have just implemented a EU-project, where politicians and managers can learn the official language in several levels. There is a simple explanation for the problem with the Moldovan language: no native speakers are permanently around to speak to.

In the second part of the interview, Başkan Dr. Mihail Formuzal talks about the new Moldovan government, the European Union and he gives insights in his daily work.