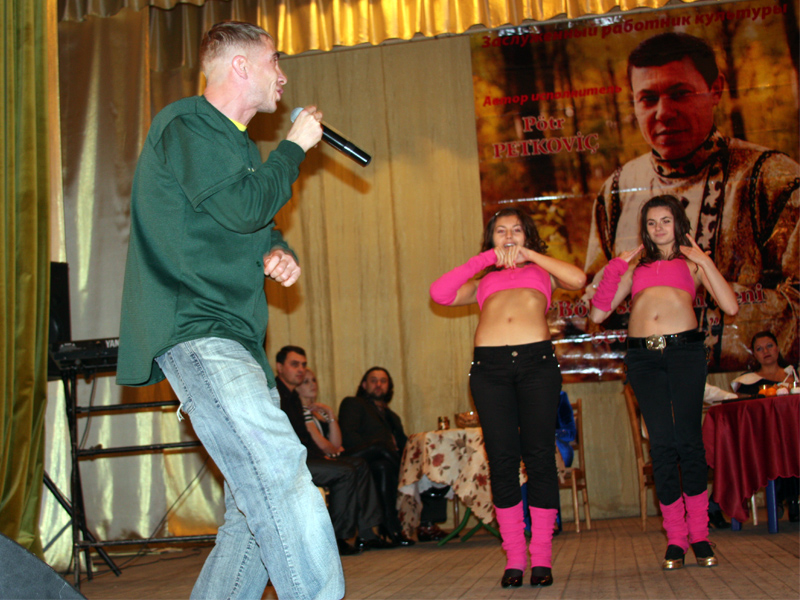 Vibrating bass beats get through our dancing bodies. The dance floor is packed with a local party crowd and two Austrian guests.

A stunning light show and perfumed smoke are extra ingredients for a great atmosphere. But, in fact, the DJ makes the difference. DJ Manjul is on the turntables and makes the locals freaking out in the Disco X. It is not so much the minimal house music that can be heard in discos all around Moldova and not even his so beloved hip-hop music. It is the well select sound mix that makes us dance all night long. “I am feeling the crowd and I know what the people want to hear next”, says DJ Manjul at 4 o’clock in the morning after finishing his work. “You know I have been a DJ for such a long time”, adds the Gagauzian in his 40ies and continues, “but come to my sound studio tomorrow morning and we are gonna chat a little more.”

DJ Manjul welcomes us, offering a cup of coffee. He seems to have fully recovered from last night. His sound studio is small but well equipped. DJ Manjul, who has studied arts in Chisinau, has released five hip-hop Cds, partly in his native language Gagauz, partly in Russian. He uses elements of traditional Gagauzian folklore music and combines it with hip-hop beats. His lyrics are about the situation and the people in Gagauzia. And this combination is successful. “Even though my wife and my two children have priority, I am something like a local hero”, says the hip-hopper and goes on, “I have been performing in all 27 communes of Gagauzia. Sometimes old people, who do not even know what hip-hop is, approach me after the concerts with a bottle of wine and want to talk to me.” Together with our translator, we listen to his song “Gastrobeita”, that is about the fate of many Gagauzians being forced to try their luck in a foreign country. The translator, who did not know the song before, is deeply moved. With tears in her eyes, she starts telling her own personal story. We have to interrupt the interview. Once more Manjul’s music has hit the heart of a Gagauzian.

DJ Manjul enters the stage. The most famous Gagauzian folklore musician Piotr Petrovitsh has invited him. On occasion of Comrat’s Saint Dimitri holiday, they perform together in the big hall of the cultural house. It is the hip-hop version of a traditional Gagauzian song. His second song is a Russian hip-hop song with a surprisingly well-done dance performance. The audience is… well, let’s call it moved!

Get on stage with DJ Manjul!